What Do We Know About Globalization and Where Do We Go from Here?

The Doctoral Program in Global Studies, organized by the School of Social Sciences and Humanities (NOVA FCSH) in association with the School of Sciences and Technology (FCT NOVA), through IPRI and CENSE, respectively, and with NOVA School of Law, NOVA School of Business and Economics (NOVA SBE) and the Institute of Hygiene and Tropical Medicine (IHMT/NOVA), is an initiative funded by the Portuguese Foundation for Science and Technology. Starting in 2013, the program holds the first Colloquium on the state of knowledge on globalization on February 16-17, 2018, in Lisbon.
In a world where some of the biggest winners of contemporary globalization seem to be attempting to re-establish national barriers and prerogatives, as countries that are now emerging out of poverty are striving to deepen exchanges at regional and global scales, it is important to critically return to what we think we know about globalization. A space for reflection to better understand the world we live in requires thinking about key issues such as the environment and global health, democracy and security, empire history and human rights. 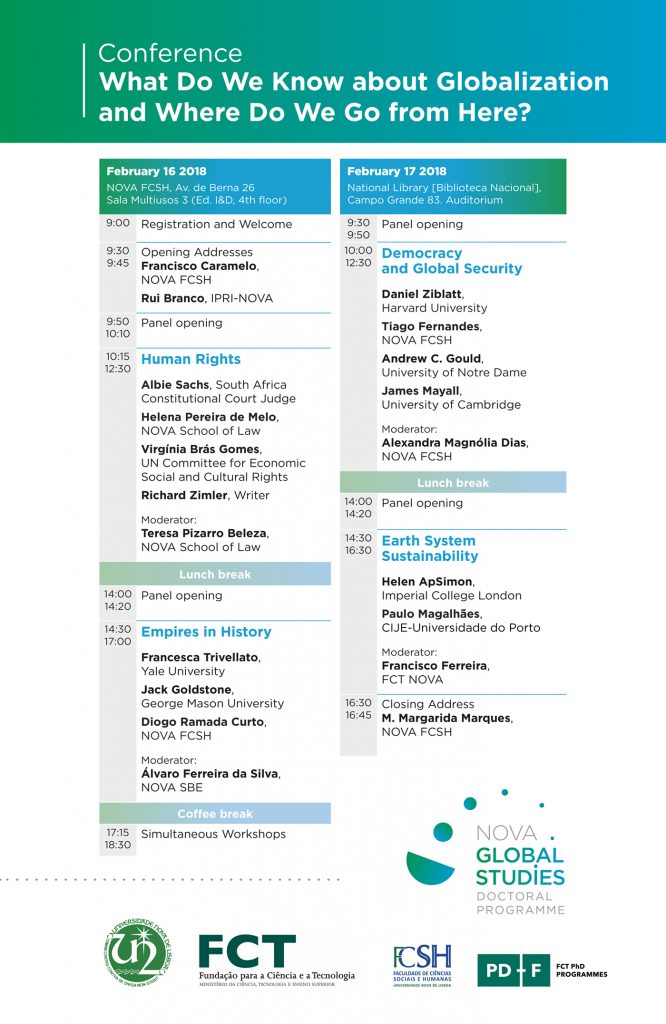